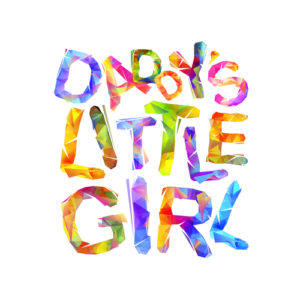 Growing up as a teen in Central Jersey and then on into early adulthood, I had a curfew while I lived at home. My brother did not. The reason, as stated by my father, was because I was a girl.

I am relating this in an emotionless way. No judgment here. But I want to look at it factually to make a point.

Who was my father ostensibly protecting me from? I think I can safely say it wasn’t from women.

Last month I offered to drive my mother to a wake an hour-plus from their home. My father, age 86, objected with this, “What happens if you break down?” My mother told him we’d call Triple A.

I am well past the point where I want to change my father. He’s old school and set in his ways. But I wanted to help my mother here, so I calmly said, “I went to Paris, Italy and Germany by myself. I think I can navigate New Jersey.”

He was a bit flustered, but he got my point.

Again, who did he want to protect two women on the Jersey Turnpike from? Probably not predatory women.

There are plenty of protective husbands, fathers, and brothers out there who think like my father. It’s their natural instinct to want to shield women they love from potential harm. And that’s noble.

But for the love of God, can someone please explain to me why it’s so many of these same guys who pooh-pooh the women now stepping forward to share their harassment and assault by men? If you’re going to teach us the world is so fraught with danger that we must always watch our backs, then why are you going right to doubt when it comes to women’s claims they’ve suffered at the hands (and more) of powerful men?

It doesn’t make sense. These two world views are at odds.

Just a few of the sayings on t-shirts you can buy with the click of a mouse:

If you want to know if there’s life after death, mess with my daughter and find out

I may seem quiet and reserved but if you mess with my daughter, I will break out a level of crazy that will make your nightmares seem like a happy place

It has long been my contention that many of the guys who purchase these shirts were once pretty nasty to someone else’s precious daughter. Again, these fathers aren’t seeking to protect their little girls from other little girls. They’re worried about the boys who want what they want and in some cases will stop at little to get it.

They’re not wrong. There are plenty of those guys out there. Just to be clear, that’s what they’re saying, right?

So I ask again, why the references to witch hunts? Why is it so much more likely that Harvey Weinstein/Bill O’Reilly/Roy Moore/Bill Cosby/Matt Lauer/Charlie Rose/Roger Ailes et al are telling the truth than the women stepping forward? Because their long silence makes you uncomfortable? Because they’re looking for a payout? While you’re strutting around in your t-shirt proudly proclaiming nobody better mess with your princess, somebody else’s princess is getting raked over the coals for having the audacity to be female and in a place of vulnerability.

I once had the husband of a friend tell me I shouldn’t go into New York City with the jewelry I was wearing because it would be too tempting for a thief. It was a costume bracelet of pearls and other baubles, clearly not real. “But they won’t know that,” he said. I incredulously stood my ground, wondering why jewelry even existed if it was going to constantly taunt loser criminals. Wow.

In a recent conversation with my father about all of this, I noted that my mother and I had just watched the movie High Society the night before. I pointed to his idol, Frank Sinatra, and his line in this bit of dialogue (Mike) with Grace Kelly’s character, Tracy.

Mike: Mr. Kittredge, it may interest you to know that our so-called affair consisted of exactly two kisses and one rather late swim both of which I thoroughly enjoyed and the memory of which I wouldn’t part with for anything. After which I returned here, carried her to her room, deposited her on her bed and promptly returned here which you will no doubt remember.

Tracy: Why? Was I so cold? So forbidding?

Mike: Not at all. On the contrary but you were somewhat the worse or the better for the wine and there are rules about such things.

Rules. Imagine that. Don’t take advantage of the drunk woman. It’s worth noting the movie was made in 1956.

My father nodded and got my point.