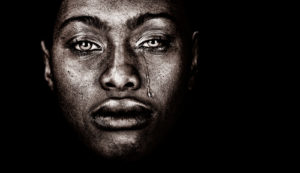 When a man opened fire in a Louisiana movie theater during a showing of Trainwreck a few years ago, Amy Schumer joined the fight for stricter gun laws. Even though the murderer didn’t invoke her name, the actor/comedian was horrified that this tragedy occurred during a movie she was in. She was disturbed at the association.

Contrast that with our President’s reaction to David Duke’s words about Saturday’s alt-right and neo-Nazi rally in Charlottesville, Virginia: “We are going to fulfill the promises of Donald Trump. That’s what we believed in. That’s why we voted for Donald Trump, because he said he’s going to take our country back.”

Not only has Trump ignored that disgusting shout out, he couldn’t even bring himself to call out white supremacists or the Ku Klux Klan in his remarks following the violence. Instead, he decries violence “on many sides” and proceeds to inform us of all the jobs he’s created. As a nice flourish, he made sure we knew that racial tension was around before he took office.

Read: This is not my fault. I don’t consider it a priority. I didn’t cause it. And hey, we have lots to be happy about – jobs!

As sick as I am of this tedious man, I am getting more and more outraged at the people who put him in office.

Stop calling us racists. That’s all I’ve been hearing since November. And things like this: You’re calling me a homophobe, but I honestly don’t care if gay people get married.

Really? Do you think it’s reasonable to say that and then be just fine when he picks Pence and Sessions? It doesn’t add up.

You may not be a racist or a homophobe, but it sure doesn’t fall high on your list of what’s important when you’re choosing a leader. Maybe it’s time to own that in your defensiveness. And if you’re religious, maybe ask yourself how you see this as paving your path to the Promised Land.

This is where you pivot to Hillary, right?

You know why I’m particularly tired of that argument? Because way before it was Hillary you had a choice of an array of other infinitely more qualified and principled candidates and you chose this guy to represent the Republican party in a presidential election. You chose the guy who had people foaming at the mouth at his rallies at the thought of dispensing with the source of all their perceived problems as told to them by Fox News – LGBT people, immigrants, Muslims, African-Americans, women. People stealing jobs. People mooching off tax dollars. People of color getting into college. People not wanting to be grabbed by the genitals. People who want to pee in peace when they’re in Target.

You chose him way before you went into the booth and picked him over Hillary, so spare us all the rehash of Benghazi and emails.

You see where we are, right? If you’re white and you’ve ever called for a Muslim to denounce an extremist Muslim (as one of my creative writing students did not so long ago, much to my horror), but you didn’t denounce what happened in Charlottesville today, you’re done. You’ve lost your standing and your credibility in any intelligent argument.

Some have tried to divert the Charlottesville conversation to a first amendment issue. Of course the KKK has the right to express. The point is, most reasoned, humane citizens are appalled, even in awe, that so many white supremacists exist, traveling from far and wide to proudly proclaim themselves.

I’m picturing people of color reading this and seeing my naiveté on display, sort of like it was right after the election when Saturday Night Live so brilliantly delivered that message through Dave Chappelle and Chris Rock. What they were saying in a nutshell: We’ve been trying to tell you all along that it’s way worse than you think.

Our President and his base are holding up torches to light the way.