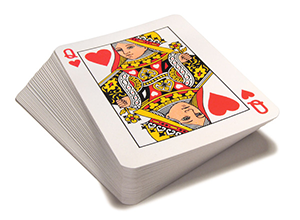 The other night while watching Super Bowl 50 I had a visceral reaction to seeing sideline reporter Tracy Wolfson wearing something a tad low cut.

“Ugh,” I said to my friends. “She should know better.”

In retrospect, I don’t think she was showing that much skin. But my immediate judgmental response was the product of years of covering sports and attending the Association for Women in Sports Media (AWSM) annual conference. Back in the 1990s, we had a panel virtually every year centered on the topic of appropriate attire in the locker room and elsewhere. We had to be obsessed with earning respect back then because so much about what we were doing was brand new and controversial.

These are not things we forget over the years. They become a part of us.

In fairness, Wolfson is a professional and seems to have earned respect. This anecdote is about me — a 54-year-old who got to ride in on a wave of activism that made possible how I was making my living – and a whole generation or two before me.

Perhaps this is why it doesn’t faze me whatsoever when former Secretary of State Madeleine Albright cheers for a female presidential candidate and says other women should, too. It’s called an endorsement from an accomplished woman whose cabinet position would have been unthinkable even 10 years earlier.

Is “the woman card” supposed to get me upset or insult me in some way? Is that more offensive than these guys trotting out their Lord and Savior as reasons for me to vote for them? Donald Trump can ooze his testosterone all over every room he enters with his big, bad walls and his mass deportations and, yes, his waterboarding and worse. But I’m supposed to get worked up over a few Hillary Clinton supporters that like the idea of a woman in the White House?

If that’s the only reason you’re planning to vote for Clinton, or Carly Fiorina for that matter, perhaps you should – how can I put this nicely? — sit yourself down at a computer and do a little research. However, if you like your candidates highly qualified and you think it’s a way cool bonus that your pick would make history, why the heck should you apologize for it?

Which brings me to Gloria Steinem. I was watching Real Time with Bill Maher when she talked about young women sometimes voting the way the boys do. I knew the moment she said it that we’d be reading about it like the world was about to end.

But again, I point to the generational component of this. I was not at all politically inclined when I was first old enough to vote. I grew up in a Republican house and voted the way of Mommy and Daddy. Is that any different than voting for the same candidate as a guy I had a crush on? Back then I questioned very little. I was 30 years old when I cast my first informed vote. So you can see why it was easy for me to understand exactly what Steinem was saying. She talked about how women get more activist as they age; I am a living example of that.

The fact is, if fewer young women are inclined to follow the boys (or their parents) in their political leanings, then kudos to the feminist movement (Hel-lo, Gloria) for bringing about this change. Having minds of our own … that’s the ultimate goal, right?

With the entry of Samantha Bee into the late-night lineup dominated by males, we’ve been hearing a lot about her gender in the promotions leading up to it. They’ve been playing “the woman card” hard and for good reason. While plenty of the jokes on her hilarious first Full Frontal show could have been told by a man, there’s an extra special something about hearing a woman with Bee’s sarcastic delivery skewer Marco Rubio’s flat-out lie in a recent debate about Clinton’s position on abortion, saying she supports it up until the woman’s due date.

“That is literally the stupidest thing I’ve ever heard,” Bee says. “Removing the baby on the due date isn’t an abortion. It’s called a caesarean.”

I am woman, hear me roar.

I want women across generations to communicate better. Maybe younger women can try to understand that their mothers and grandmothers are afraid their progress is going to be eroded. Maybe older women can try to see more clearly that their daughters are appreciative and engaged in the process. Maybe we can all give each other a break.

In the meantime, there is Beyonce, thighs bared, middle finger up, telling us about treating her guy to Red Lobster after a job well done.

The rules have changed. Young women have got this. 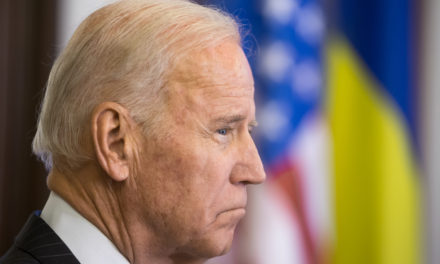