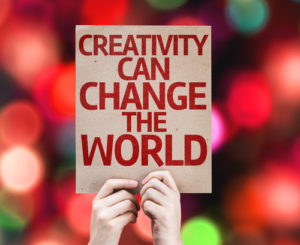 Back in 2000 when Bruce Springsteen and the E Street Band were on their Reunion Tour, I caught a couple of those shows at Madison Square Garden. Included in the set list in all 10 sold-out New York concerts was American Skin (41 Shots) and it was met with some controlled hostility from the crowd.

The song, written about the shooting of unarmed Amadou Diallo by four NYPD officers, expressed what so many of us wondered – even if a mistake is made and you think a wallet is a gun, how is it possible that so many shots are fired?

Is it a gun?
Is it a knife?
Is it a wallet?
This is your life

I recall thinking how courageous it was for Springsteen to sing it, even in the face of the Patrolmen’s Benevolent Association calling for a boycott. It didn’t feel political so much as humane. All these years later — amidst the throes of my own artistic growth spurts as well as those of my life coaching clients who are mostly creatives — I see it more as necessary than brave. Artists must express. And not just about our broken hearts or sexual hunger or the cool car we had when we were coming of age.

Real artists speak from a soul level to what is eating at us, terrorizing our thoughts, cycling through our consciousness so relentlessly that it needs out. The process isn’t so much about suppressing or pleasing. It’s about releasing and birthing.

That is what has been coming to mind as “awards season” has progressed this year. As I gauged some of the social media reaction during the 2017 Grammy Awards, I thought, here we go again. The primarily conservative ‘why can’t entertainers keep their politics out of things?’ set was out in full force. Oh no, did Katy Perry wear an armband that said “persist” in support of Senator Elizabeth Warren? Did A Tribe Called Quest express displeasure at the Trump administration’s Muslim ban? Cue the people with a stick up their butts.

Just a week before, some of these same people were lauding Lady Gaga for not being political during her Super Bowl performance. They, of course, either missed the significance of beginning with God Bless America and This Land Is Your Land and the rest of her message of inclusiveness and equality for all, or they were down with it because it was expressed in the context of a song as opposed to part of an acceptance speech.

As I watched the Grammys unfold and heard what a variety of artists had decided to express over the course of the evening, I was aware of what was resonating with me. I had felt and related to the searing pain and anger in Beyonce’s Lemonade video, but her Grammy performance about the glory of motherhood was removed from my own happily child-free existence. I loved watching Lady Gaga writhe to heavy metal and to hearing the always-a-bit-tortured Adele open the show. Bruno Mars’ tribute to Prince was electric and my sappy side sang along with Sweet Caroline in Carpool Karaoke form.

All expression. Theirs. Mine. Ours.

The “just sing” or “just act” people seem to think these are robots spitting out neat, tidy performances. They’re missing the risk, imagination, and a whole host of emotions that allow creators to create, whether it’s a chart topper or a bomb. It doesn’t make a difference where the artistic expression ends up; it still comes from a place of vulnerability.

Maybe it’s because more conservatives are pragmatists? Maybe it’s coming from that same place that has them telling peaceful protesters to “get a job” instead of expressing themselves? What’s underneath that? Resentment of their own toeing the line and staying in a job they don’t particularly like? One-dimensional thinking about how our lives should be structured?

But think of it this way. Springsteen couldn’t suppress the lyrics of American Skin any more than he could suppress Rosalita. That feeling of the record contract and seeing his own worth elevated through the eyes of his girlfriend’s father because he got “a big advance.” It’s all part of the art.

These artists, often sarcastically lumped together as the Hollywood elite, have earned the right to make their art and share it. If you don’t like the message, say so. But to keep admonishing them for having opinions as if being famous shuts down a whole component of a person is at odds with what they do. To an artist, an outfit or costume is meaningful. A set design has purpose. Visuals and words are not applied loosely. It’s all message.

At the beginning of the Grammys, Jennifer Lopez quoted Toni Morrison:

This is precisely the time when artists go to work. There is no time for despair, no place for self-pity, no need for silence, no room for fear. We speak, we write, we do language. That is how civilizations heal.

Perhaps those who voted for Donald Trump need to simply face the fact that lots of creatives feel their fellow citizens have saddled the nation with a man-child in the White House and we’re going to push back hard. They can open themselves to art and statements they disagree with. Or they can put themselves in an entertainment-free, art-free cocoon and consume media that will join them in bellyaching about celebrities.

Maybe Mike Huckabee will bust out his guitar and break up the monotony.