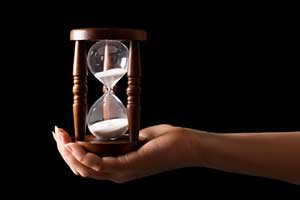 Jimmie Holland stood speaking to an intimate gathering in front of a stylishly light couch on the second floor of an Eileen Fisher store on the Upper East Side of Manhattan. Seated on the couch was Mindy Greenstein.

The women, one in her 80s and one in her 50s, have co-authored a book called Lighter As We Go … Virtues, Character Strengths, and Aging, now in its third printing.

I was there to support Mindy; we’d stayed in touch after I wrote about her memoir, The House on Crash Corner, a few years ago and I’d begun reading this latest book. I generally enjoy author events; I like hearing backstory and getting context around a book. What I was not expecting was to leave the gathering so uplifted and inspired.

You see, I already knew their bios. They’re both ‘wows’ in what they’ve accomplished in their lives. But for some reason their presence, their energy, brought it alive into a more compelling story for me.

Jimmie is a psychiatrist who in 1977 started psychological and psychiatric services at the Memorial Sloan-Kettering Cancer Center; it was the first of its kind at a cancer center and it led to many more like it around the world. As it says in the book, she “founded and nurtured” the field of psycho-oncology. Like I said, wow. In the late 1990s, Mindy, a clinical psychologist, went to train as a psycho-oncologist in Jimmie’s department. More wow. They have both helped numerous patients deal with the existential crisis of serious illness.

This book about aging grew from their personal conversations. There is an easy rapport between them, born of hours and hours of lively discussions on growing older and then setting about to craft a book about it. Lighter As We Go is filled with stories and accessible research, all pulled together in a relaxed tone and cadence like the one I was experiencing in person as they chatted with us before a picture window in a well-appointed store.

I’m 53. I feel like my life is just beginning. I’ve felt that way since turning 50. It’s why I started a blog with “unfettered” in the title. However, I don’t seem to be in a majority there when I talk to others my age. Lighter As We Go helped explain that by citing a 2008 United States Gallup poll of more than 340,000 people who were asked to rate their general sense of well-being on a scale from 0 to 10, where 0 represented “the worst possible life for you” and 10 represented “the best possible life for you.” Researcher Arthur Stone and colleagues found the graph had a U-shaped curve.

I think my “climb” has begun a little earlier than many of my 50-something friends because I don’t have children. Greenstein explained that often this is the “sandwich generation” where many in my age category are caring for children and aging parents.

What I truly loved about the gathering — and how the book is complementing it — is that I came away thinking while the perception of “old” is ugly, frail, incompetent, sick, and tired, the reality of “old” can be unfettered, appreciative, wise, and weathered in the best possible way. Not necessarily wrung out by life’s hard hits, but standing stronger in their face. Is it important to grieve and ride out our emotions? Yes. Does it necessarily mean we’re heading down a path of decay? No. Growing older is about possibilities coming and going and not knowing how long we have to entertain them and act on them.

“According to a 2009 study by Becca Levy and her colleagues at Yale University, people who have negative stereotypes of aging when they’re young are more likely to have serious chronic diseases as they get older compared with individuals with a more positive view of aging,” Holland and Greenstein write. “One possible explanation … is a self-fulfilling prophecy; people with more positive expectations about older age might be more likely to develop healthier habits.”

The authors lay out seven virtues in the book – transcendence, humor, humanity/social justice, courage, wisdom, temperance, and passing on to the next generation – and devote a chapter to each. I adore this passage about the first one:

“Transcendence, from the Latin word transcendere meaning to climb beyond, refers to the feeling of having a sense of meaning beyond ourselves,” the authors write. “There are as many ways of experiencing transcendence as there are people. It can be a religious experience of feeling close to God; it can be a nonreligious but spiritual feeling of connectedness to other people, nature, or the universe; or it can refer to a secular experience of rising above a difficult situation. Ultimately, transcendence is related to a feeling of meaning and purpose in the world, a sense, even if only momentarily, of the joy of being alive.”

I’m so happy to have taken myself and a friend to an event where we could experience that. It feels important to tap into that joy of being alive each day in some way.

“A book about aging isn’t necessarily about aging at all,” Holland and Greenstein write. “It’s about living and about how we cope and thrive throughout our lives.”

I find that so uplifting.