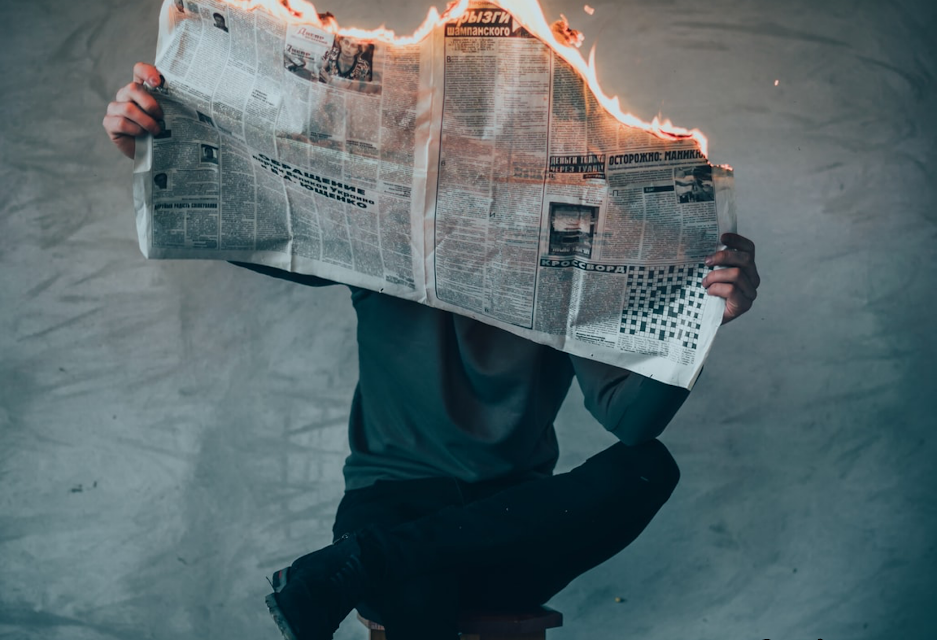 Crazymakers are those personalities that create storm centers. They are often charismatic, frequently charming, highly inventive, and powerfully persuasive … Crazymakers are the kind of people who can take over your whole life … Crazymakers like drama. If they can swing it, they are the star. Everyone around them functions as supporting cast, picking up their cues, their entrances and exits, from the crazymaker’s crazy whims.

Well, Julia Cameron published The Artist’s Way in 1992, so clearly she wasn’t talking about Donald Trump when she wrote that. At least not specifically. Back then he was wreaking havoc on a much smaller number of lives.

But now, here I am, teaching Cameron’s book as a course for the umpteenth time, and the concept of crazymaker has taken on a whole new dimension. In the second chapter of The Artist’s Way, one focused on “moving you into your personal identity” in order to push through self-doubt and self-sabotage, Cameron goes into great detail on what she calls Poisonous Playmates and Crazymakers. Essentially, she wants you to practice your creativity and work through these relationships that can be obstacles.

As I was preparing to teach the chapter recently, I realized it would be the first time I would be doing so with a crazymaker running our country. I suddenly had a broader understanding of what we are up against, not just as American citizens but as global ones. How might the crazymaking of Trump impact a random person in, let’s say, Asia or Europe? Well, what if they’ve always seen the United States as a beacon of light and leadership and now they can only see its dysfunction? That’s a game changer, isn’t it? It’s a blow to a feeling of security.

I’ve written a few times that the issue of Trump stopped being about politics long ago. When he became the choice of enough Americans to hand him a win in 2016, so much crumbled around our country’s identity and so many of our cracks became exposed. He gleefully deepens our divides and uses the reality TV template to get from day-to-day in a job that requires careful thought and consideration. Already an impeached President, he will almost certainly be indicted when he leaves office and that knowledge doesn’t alter his behavior one iota.

More detail from Cameron on this phenomenon:

The crazymaking dynamic is grounded in power, and so any group can function as an energy system to be exploited and drained … Crazymakers break deals and destroy schedules.

Think about the casinos, the so-called university, the contractors still waiting to be paid. And that doesn’t even begin to cover the events of his presidency.

Crazymakers triangulate those they deal with. Because crazymakers thrive on energy (your energy), they set people against one another in order to maintain their own power position dead center. (That’s where they can feed most directly on the negative energies they stir up.)

Look at the governors trying to do the right, safe thing by making hard choices during this pandemic and how Trump is pitting them against their own citizens and each other. Sure, open up. Go ahead, storm your state capital with weapons. It’s your right. Look what they’re doing to your lives. Fake news will tell you it’s my fault, but they just hate me. I’ve been treated worse than Abraham Lincoln, whose feet I’m sitting at while I say this.

Crazymakers are expert blamers. Nothing that goes wrong is ever their fault, and to hear them tell it, the fault is usually yours.

No, he doesn’t accept responsibility for the clear mishandling of the coronavirus pandemic on our shores nor the escalating death rate.

Witness all those circus-like press briefings that in normal times were designed to inform and allay citizens’ fear and perhaps comfort them in their collective grief.

Crazymakers deny that they are crazymakers. They go for the jugular.

What does all this mean? What am I saying, ultimately?

That so many people who are trying to find their way in the world, living good lives, are having to deal with not just the challenges they’ve always had in fostering solid relationships, maintaining good health, going to school and work, caring for families, growing as individuals, and the like. There is another monster layer of adversity laid over the top of it. And it’s heavy.

If you’re an empath, if you’re a person who’s tuned in to nature, force, energy, global unity, if you believe life should be meaningful and purposeful, how do you thrive with a crazymaker in your face every day? If Cameron is calling for us to stop engaging these people in order to free ourselves and our creative flow, what of the guy we didn’t choose but is thrust into our lives?

In this case, if you drop the crazymaker, you wind up uninformed and out of touch with the world you inhabit. What if you’re not a head-in-the-sand person? I know I’m not. But it still falls on me to manage the relationship. I mostly do it by writing and by being deliberate about how much news to ingest.

What is the formula for coexisting with a crazymaker in the most powerful position in the world? How do you thrive with his level of immorality and destruction in that role? It’s like he’s a grimy, foggy film atop your white fluffy cloud and all you want is for him to move so you can see turquoise blue skies again.

Because, of course, that’s what happens when we release the crazymakers in our lives. A whole world opens up.

The Other Side of Grief