I’ve been putting this off for months, frankly. On one level it seemed like life coaching you would be a no-brainer. However, upon thoughtful reflection, so much of what you’ve had going on seems to be out of my life coaching realm. I don’t pretend to be a physician or a therapist equipped to address drug or alcohol issues and your episodes that were reported in the media all seemed attached to one or the other. Ethically, it was an easy decision for me to pass. I’m a professional.

But now, as you make your way through your recent media tour, I’ve got friends coming out of the woodwork asking when I’m going to ‘life coach’ you. So I’ve been pondering the idea again, revisiting the notion, if you will. A vital piece of the coaching relationship is for the client to want to be coached and, forgive the assumption, I’m guessing you’re not on board. Self-described “grandiose” people rarely are.

Still, with that in mind, I’m going to do it anyway. I confess, this one is purely for me. You know why? I can’t take another minute of you. Not for the predictable reasons mostly being spouted on message boards, though. I’m pretty objective here since I’m not a fan, don’t have a particular like or dislike of you, and am in no way invested in you or your highly-successful sitcom. I’m just a person with these words on the tip of my tongue:

For the love of God, please stop talking. Please. The mirror it is holding up to the American consciousness is just too much to process. You, your story, and your situation moving forward, it’s all bringing out our ugliness. We reek of jealousy, moral superiority, and glee at having someone to bash. We’re watching and reading and we’re ticked at ourselves for watching and reading and so more is being fed to us and the cycle just keeps perpetuating itself.

Please make it stop. You and you alone have that power. No journalist is going to turn you away at this point. Heck, I wouldn’t. Our egos puff right up at the thought of being the one that gets a better nugget than the last guy. See what I mean? You’re bringing out our base level, self-congratulatory insanity.

This might have come to the forefront once upon a time, but now, in this economy, we are ripe for the likes of you. And by that I don’t just mean media types. How many people in this country would give their right arm to be able to tell their boss exactly what they think without it affecting their lifestyle? Also, I’m guessing there are a few guys out there who wouldn’t mind a “goddesses” setup at home, especially given that intriguing ‘man of the house’ vibe you’ve got going on.

And then there’s the timing of all this salary talk. You know, when the biggest stories of the day are frightfully underpaid teachers and vilified state employees on one hand, and you and your nearly $2 million an episode catfight on the other, it gets hairy. I’m not judging your worth here, as I fully understand the actor’s or athlete’s right to get a stake in what the big guns are raking in with their name and talent. But come on, man. Do you need to keep putting salt in the collective wound? You’re not a rule follower, you live large and you get paid well. You’ve got the folks squirming, Charlie.

Are you done yet?

One friend feels you’re actually (finally) coming from an authentic place. That might be dead on. So how about you agree to stay in that place now and forever, only more quietly. Can you do that? Will you consider it? We would all benefit from that in some weird way.

You are not conventional, nor do you desire a conventional path. I get that. It seems to be authentically you. The bottom line is, most people are just not going to suspend their conventional thinking, or more specifically, look past what most think of as a conventional life. I imagine most don’t even know how to think outside that box.

We all know you’ve exhibited some scary behavior when under the influence of toxic substances and it is my hope that you’ve moved on from that just as you’ve said. Again, I’m not qualified to delve into that with you. What I’m asking is that, if you’ve truly licked those habits, you show us and not tell us.

You said to one of your many interviewers this week, “I’m gonna keep pressing the truth.”

By all means, please do so. With grace, ever so quietly.

This post originally appeared as a Game Plan column  http://www.foxbusiness.com/personal-finance/2011/03/02/life-coaching-charlie-sheen/#ixzz2ZtlSVlNh on FoxBusiness.com. 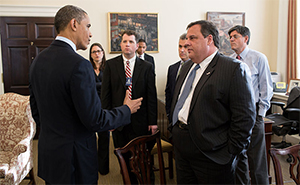 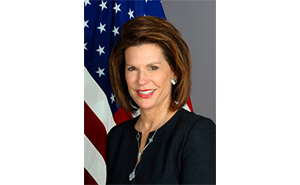 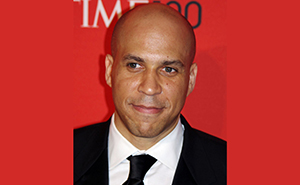