One recent day there was a couple shouting at each other on the sidewalk under my bedroom window. It was early evening. The volume was so startling and the tone so charged that I jumped up from my couch to see if I needed to call the police. Was she in trouble?

I stayed out of sight, but listened and watched as this very large man and this woman of average build went at it, screaming nose to nose. It was vulgar. As it went on I realized she was more emotionally out of control. He seemed almost amused. At one point, while she was mid-rant, he leaned in and kissed her. I mean full out, French kissed her.

Passersby didn’t know what to make of it. They were like me, it seemed, wondering if there was a situation here that warranted action. She kissed him back, then pulled away and resumed yelling. Soon it became clear to me that this was their dance.

As I went back to chilling on my couch, I thought about the song Blurred Lines and the fuss it caused a few years ago. Not the legal dustup that just happened with Marvin Gaye’s family, but the one where some women felt this tune was a green light to rape. Their line of thinking is that there are no blurred lines. There’s only yes and no.

But right outside my window I saw that isn’t true. Of course there are blurred lines. Further, I believe it’s essential that that be in the mix as this next wave of feminism sweeps in.

Recently at the Women in the World summit in New York, Hillary Clinton said this:

There has never been a better time in history to be born female.

As if she was reading my mind, she followed with:

I already was. That simple statement resonated deeply with me.

True confession. Lately I’ve been getting discouraged about our progress as a nation on the feminist front. There’s still so much backlash around that particular ‘f’ word. Stereotypes abound. I have been almost weary, feeling like I was at the forefront of the battle for years and now I’m tired. I know this won’t get me into the activists’ hall of fame, but I often find myself thinking I just want to relax and reap some rewards and leave it to the next generation to fix.

But I know I can’t close my toolbox. I have too much wisdom now. I am better than ever at using the written word to express, illuminate, rant, wonder.

Right now, in this cultural moment, it feels like it’s sexuality that is pushing through gender boundaries faster than most other issues. That’s why a song like Blurred Lines, even that very concept, triggers so many different responses among forward-thinking women. The ability to paint feminists with a broad brush is slowly going away. And for those who didn’t get that memo, well, they’re beginning to sound shrill. Our sexuality is ours.

Take this, for example. The acclaimed Broad City series on Comedy Central opens with a scene where Ilana – via Skype or FaceTime – talks to her BFF Abbi. It is only a few minutes into it that we, the audience, realize she is doing so while straddled on top of her ‘friends with benefits’ guy in the middle of having sex. Yes, I am talking penetration happening while she is chatting on a device.

I was amused, but probably more shocked.

Look, I’m 53. I was one of those Catholic girls who started much too late, to put it in Billy Joel parlance. I can’t relate to this at all. But this isn’t about me or my 20s. It’s about now. The time we live in. The time young sexually frank women like Ilana Glazer, Abbi Jacobson, Amy Schumer and Lena Dunham are doing their thing in entertainment.

These women being unabashedly sexual feels like a reward. Or actually, these women being given the forum to authentically express their sexuality feels like a reward. I realize there is still progress needed here – to put it mildly – but attitudes are changing. Meanwhile, rape on college campuses continues to be a problem, in many cases because institutions are trying to make it go away instead of dealing with it. Two worlds colliding – stunning progress and backward thinking. Bam.

We – as in forward-thinking women a.k.a. feminists — feel powerful one minute, helpless the next. It’s all part of the sea change that has to happen.

I got an overwhelming sense of our attitude shift when I watched Monica Lewinsky’s recent TED talk. She gives us a fuller picture of the person behind the beret. She tells us she has a soul. She fell in love with her married, leader-of-the-free-world boss, trusted a friend, and it all blew up in her face. She became the butt of jokes, was raked over the coals by Ken Starr, and was written into a crazy number of hip hop songs. She knows she made a mistake.

This more mature Lewinsky has spurred expressions of regret from feminists who vilified her back in the 1990s. Perhaps we were a little too caught up in her not taking down the closest thing we’ve ever had to a leader who gets it when it comes to women’s causes. We were ticked at him, but we shamed her Hester Prynne style. 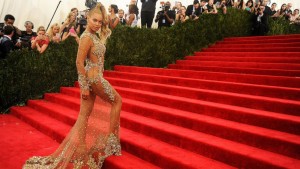 Our sexuality, from love-struck to recreational to everything in between, has become more individual. At the recent Met Gala at the Metropolitan Museum of Art, we saw near naked dresses on Beyonce, Jennifer Lopez and Kim Kardashian and they provided much fodder on social media. Bold or inappropriate? I saw a myriad of answers to the question. That, right there, is where we are on so much, gliding back and forth between those mindsets. As women, as individuals, we are setting the tone and the bar for ourselves.

In a recent article in New York magazine, Broad City’s Glazer shares that her favorite fan encounter was a woman in her 50s because it’s not the show’s demo.

“… [T]here’s something that feels good about reaching someone that doesn’t look like you,” she tells writer Jada Yuan in the interview.

Glazer nails something even bigger here. Generational cross-over is central to our continued progress. With all of the dire things happening to females globally, it’s easy for thinking people to lose sight that here in the United States we have made markedly better lives for girls in each passing generation. There’s no stopping us.

That’s our question. And blessedly we are not of one mind. The answers are too numerous to count. 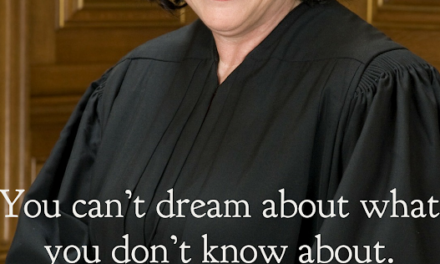