How uplifting is Knock Down the House?

You’ll come out of the theater wishing you had a propeller on your head so you could spin yourself into the stratosphere. That kind of uplifting.

My friend and I walked out of the IFC Center in the West Village animated and hopeful as we processed the 86 minutes we’d just witnessed. This documentary film, directed by Rachel Lears, is not just informative entertainment but a blueprint of sorts for how to translate yearning into action.

It gets to the heart of what drives us – love, anger, justice, corruption.

I recently mentioned to a colleague how unsettling I find it that I am so often buoyed by anthems, maybe to an extreme. Don’t rain on my parade. Seriously, step off my glee. Who run the world? Girls. The record company, Rosie, just gave me a big advance. Take that.

Why do I need all that ballyhoo to spring into action, I wondered.

But in Knock Down the House, I saw I’m not the only one who gets worked up and turns it into fuel. We meet four women who ran for Congress – Cori Bush, Alexandria Ocasio-Cortez, Paula Jean Swearingen and Amy Vilela – and follow along on the paths they took to go from unknowns to getting on the ballot in their respective states. Their motivators: unrest in Ferguson, deadly residuals of coal mining, the perils of precarious health insurance, conflicts due to special interest money, and complacency in incumbents. Not to mention an overall feeling that their representatives in Congress are not at all representative of who they are and what they stand for.

To boot, while many of us were in a fetal position after the 2016 presidential election, Lears leapt into creative action and made a list of what she could do. That was some ambitious list. In a Q&A after the screening, she and her husband, the film’s editor, Robin Blotnick, spoke of their process from conception to completion. All, by the way, captured with an 8-month-old in tow.

According to Lears, it began with the premise of “political outsiders” who refuse corporate donations. That led her to grassroots political organizations Justice Democrats and Brand New Congress.

“We wanted to find people who had personal reasons for running,” Lears said to the IFC Center audience.

The Justice Democrats mission is “to elect a new type of Democratic majority in Congress, one which will create a thriving economy and democracy that works for the people, not big money interests.” For Brand New Congress, it’s this: “Elect regular working people to Congress who put people before party to make government more accountable and responsive to the needs of all Americans.”

In a video on its website, Justice Democrats executive director Alexandra Rojas notes that “we found Alexandria” after soliciting nominations for potential candidates and receiving over 10,000. Ocasio-Cortez’ brother nominated her and she was attracted to the idea of being part of a movement rather than doing it for herself. It was about running as a service to country as opposed to seeing it as advancing the individual.

After interviewing a few dozen candidates, Lears and her team decided on Bush (Missouri), Ocasio-Cortez (New York), Swearingen (West Virginia) and Vilela (Nevada). It’s fascinating to remember the film makers had no idea what the result of any of the four elections would be.

Their stories are compellingly told. I laughed. I cried. I consciously held back a sob or two. Lears shows us plenty of doubt and fear. In its face, they all kept going. So much adversity, condescension, trolling, mockery and apathy along the way, but still they moved through it.

The result is, according to Lears, a film about money and representation that is now translated into 28 languages. It won the audience award at the Sundance Film Festival this year and will likely garner more recognition, but its more meaningful legacy may be that it prompts people into action. Not just to enter political life or to engage politically, but to reach into themselves and examine what their contribution — big picture — might be.

It certainly has me in that place. My first call to action when I got home from the screening was to follow these women on social media. I vow to keep them on my radar and to continue to communicate my support. There’s more to come from them, from us. I can feel it.

And don’t even think about bringing around a cloud to rain on my parade.

(Note: Knock Down the House will be available on Netflix and shown in select theaters starting May 1.) 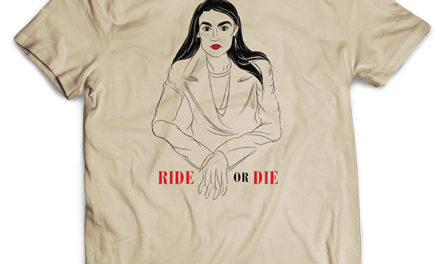 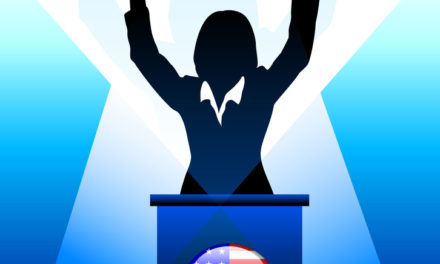 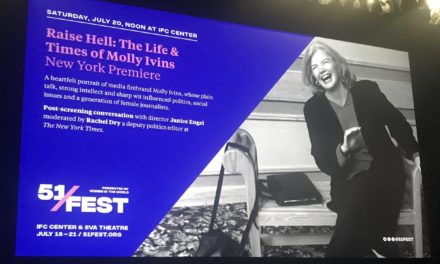