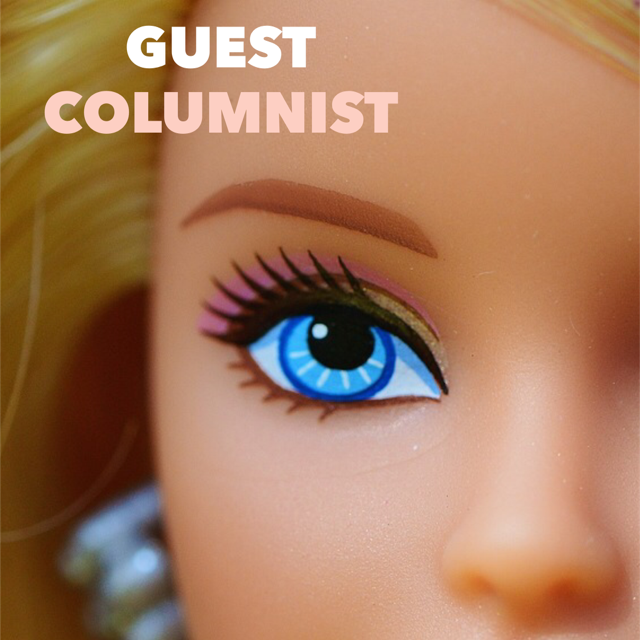 My name is Barbara Millicent Roberts, but most of you know me as Barbie.

You can think of me as a toy, but really, that limited thinking … well, engage in it at your peril. What I am is a sociological marvel.

And guess what else I am? Single. Yeah, Ken is still around, but he’s never been the star of my show. He comes and goes depending on whose fantasy I’m living.

I couldn’t resist this opportunity to be a substitute columnist for a day (thanks, Nancy Colasurdo!) because these mid-term elections in the United States, whoa. I do my best to stay apolitical, but this seems to be more about trends and patterns and I know a ton about those.

I mean, who’s that Jesse Watters dude over at Fox News talking about single women needing to get married so they’ll turn Republican? And that other guy with all the Twitter followers, Joel Something, who Tweeted that all of us single women are miserable, lonely, alcoholic, and addicted to anti-depressants as we try to get over our abortions? There was even a clip of Ron Filipkowski arguing with some Ron DeSantis fan saying Democrats are trying to damage the family unit because single women tend to vote Dem.

Way to read the room, fellas. You’ve got your finger squarely on the pulse.

So by your logic, if Ken puts a ring on it, I’m going to swoon and all my brain cells will be replaced by little pink hearts and golden stars? Mushy mush fills my plastic mind. Yay, now I don’t have to think. I have a man!

OK, I’m being overly sarcastic. But let’s look at some facts.

I came on the scene in the late 1950s and early 1960s. Mostly all that was expected of me was that I look cutting edge stylish in my red velvet swing coat with the satin lining. The year Roe vs. Wade was decided (1973), two new occupational ensembles for me came out – flight attendant and surgeon. You see, by then we had Gloria Steinem and Dorothy Pitman-Hughes founding Ms. magazine and a lot of women were starting to rise up. They wanted choices, not just in reproductive areas, but in how to construct their lives; this required, go figure, credit cards and mortgages with their names on them.

In the ensuing years, there were times I lessened in popularity because of my out-of-whack hourglass figure. The feminists weren’t keen on that being the one representation of how women were supposed to look. Again, choices.

But check me out as the decades unrolled to present day. By 1983 I was an Olympian in several sports (hey there, Title IX). By 1993, there was just an explosion of possibilities – UNICEF ambassador, travel agent, Army medic, pianist, rapper, just to name a few.

The next decade took us into the 2000s and I was prepared. These little girls had crazy cool choices – fire fighter, chef, paleontologist, country western singer, train conductor. On and on they went, only to grow exponentially from 2003 to 2013 – presidential candidate, art teacher, computer engineer, dolphin trainer.

In the last decade, STEM choices grew. Also, I could be a TV news camerawoman, a beekeeper, a spy or a pediatrician. This year alone, get this: interior designer, microbiologist, renewable energy engineer, pet photographer.

Not to mention my line where I mimic famous women like Maya Angelou and Ella Fitzgerald, Alex Morgan and Susan B. Anthony. I’m a way for girls to express, admire, learn.

All this to say, you think women who had two Barbie career choices in 1973 and now have an entire array of vibrant options are going to go back to having no say over their reproductive lives? You’re telling them to hit ‘rewind’ and start all over again?

I helped raise these girls. I know their dreams and secrets and desires. They’ve been given wings and were just getting the hang of flying when … whoops, the Supreme Court goes clip, clip. After 50 years, grounded.

My creator, Mattel, has a credo: Empowering the next generation through play. Here’s an insightful line from its 2021 annual report:

Any inability by Mattel to accurately anticipate trends in popular culture, movies, media, fashion, or technology may cause its products not to be accepted by children, parents, or families and may adversely affect its sales, financial condition, and results of operations.

There are three of me sold every second. More than a billion over my lifetime. Can you imagine if I went back to only being a flight attendant or surgeon like in 1973? I mean, my swanky Malibu tan phase was fun and all, but do we want that to be the only offering on the Barbie shelf this holiday season?

I’ve evolved because women and girls have evolved. I’m along for this ride as long as they’ll have me. It’s buffoonery thinking women will just forget that you clipped their wings because a few months went by since a Supreme Court decision or that if they get hitched they’ll magically forget about their own morals and convictions.

The voters have spoken this mid-term election. The young ones are laughing through their disbelief as they cast their ballots. They’ve got this. I’ve gone out of my way to equip them for challenges, to let their imaginations run wild through me, to uplift them in troubled times.

Some of my new jobs, the ones available to toddlers now, are campaign manager and campaign fundraiser. They’re learning phone banking and door knocking, baby.

There’s nothing to do now but get out of their way. 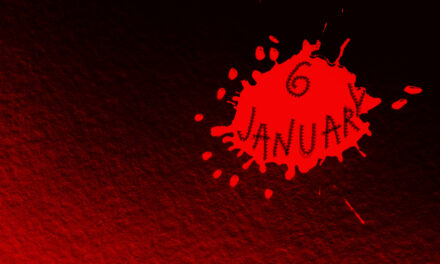