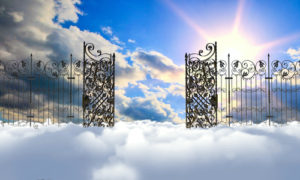 A Christian named Jack who owns a bakery dies. He appears before God and St. Peter at the Pearly Gates. You know the ones. Big and imposing, gleaming metal against a backdrop of blue sky and clouds. Jack arrives, chest held high. He’s pumped.

St. Peter: Welcome, Jack. We’re here to determine if you get to walk through these gates.

God: What kind of life have you lived, Jack?

Jack: I am a Christian. I went to church every Sunday with my wife and kids.

St. Peter (checking off a box on his clipboard): Wonderful. What else?

Jack: Well, I’m sure you heard that I was at the forefront of maintaining America’s true values. When I was approached to bake a wedding cake for two men who were getting married, I turned away the business. I couldn’t condone this abomination.

Jack: According to the Bible, homosexuality is a sin. I felt that using my gift of baking to help celebrate that would make me a sinner, too.

St. Peter (exchanging glances with God): Oh boy. Here we go again. Another one who didn’t get it.

Jack: What do you mean?

St. Peter: We’ve had a few florists and photographers come through here who said the same thing. They were trying to make a case for how well they upheld their Christian beliefs.

God: What St. Peter is trying to explain is that I sent you my son so you would all understand that bigotry is wrong, that everyone is my child. I created the very people you took to court to fight for your right to be a bigot. And under the guise of religion, no less.

St. Peter: Jack, did you read the New Testament in Bible study?

Jack: I loved well in my time on Earth. I did, truly.

God: I can’t disagree with that. You loved your family well. And you did some generous work in your community. In some ways you really grasped the spirit of my message.

Jack: In SOME ways? (pause) Sorry, God, I didn’t mean to raise my voice to you.

St. Peter (laughing): Don’t worry, Jack, he loves passion and strong voices. He wouldn’t have given them out so liberally if he found them threatening. But what he’s trying to say is you missed the big picture. We don’t want people to wall themselves off, to create division. We want unity. We want people to contribute to the well-being of the planet by supporting each other.

Jack: Even if they’re gay?

God: They came to you because they were in love, yes? And they wanted to celebrate that love with other people they love, yes? And because you had built a reputation for making delicious cakes, yes?

Jack: I suppose so.

God: St. Peter, are you thinking what I’m thinking?

St. Peter: Yes, I believe so. Jack needs to go to the special cloud for a while.

St. Peter: We’ve started to see a pattern among some Christians and other religious groups, so we’ve created a special place for them here. They think their way is the only way to God and his Kingdom. They never grasped that it’s all supposed to be different ways to the same destination – love. We put them on the Tunnel Vision Cloud for a while and give them a chance to open their souls to inclusiveness and unity. There are some terrific teachers there. Jesus is slated to teach a unit soon, isn’t he, God?

God: Let me see if I can clarify a little for you, Jack. People who are ‘woke’ might react to your rejection of their cake order by saying something like, “OK, we’d prefer someone aligned with our joy to bake our cake. We’ll go find that.”

Jack: So you’re saying they were wrong, too?

St. Peter (shaking his head): God isn’t a fan of ‘what about-ism’ at all, Jack. He’s not playing.

God: I think it’s clear you need a stop on the Tunnel Vision Cloud, Jack.

With that, Jack is directed to go through the gates and bear left. God and St. Peter high five. Until the next one. 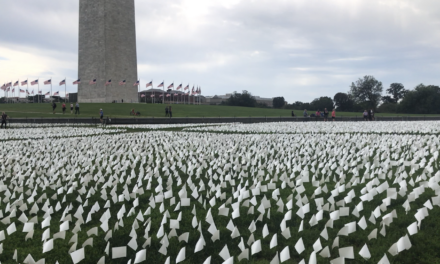 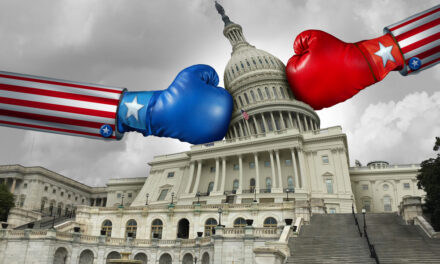