I’ve been doing a slow turn to apolitical. Never thought I’d write that, but it’s true. The less cable news I watch, the better my life is. The more political cartoons/sayings/jokes I delete from my Facebook feed, the more it feels like I’m taking control of what occupies my head space.

I’m not claiming 100 percent cold turkey shutdown, but there’s little political drama getting through. I choose peace and quiet distance. I’m seeking out information instead of having it fed to me through packages and agendas.

What began this shift — as far as I can tell — was the death of Mike Wallace in the spring of 2012. I didn’t know him, although I did meet him while a Knight-Wallace Fellow in the journalism program named for him at the University of Michigan. But what struck me when he died was this — if there was even one tribute to his life that focused on or even mentioned his political affiliation, I missed it.

Think about the beauty of that. Doesn’t that right there capture where we have strayed horribly off course in journalism and in our consumption of it? Now we want to know whether people fall into the ‘D’ or ‘R’ category before we’ll give them any credence. This is life in America now. We have to declare a side. And sometimes the side is assumed for us and about us.

As a liberal independent contractor who wrote a twice-weekly column for FoxBusiness.com from 2007 to 2013, I have some unique perspective on this. Mine was a life coaching column called Game Plan about how to live life, and while it wasn’t a political column, my liberal world view certainly seeped in. I was not an employee at Fox and didn’t work in the building. I had delightful and skilled editors who shepherded more than 500 of my columns to publication. I didn’t receive talking points or edicts from on high.

However, I learned pretty quickly how I was perceived by others in the industry and beyond. When I reached out to people to be interviewed for my column, they usually assumed I was a Republican. I had some “chummy” treatment from other conservatives assuming they were talking to one of their own. I was dismissed or turned down for interviews by Democrats, some of whom were honest about why they wouldn’t talk to me; others didn’t explain why, but I knew or at least wondered. Still others consented to the interview, but never linked to the column on their website. Again, I knew.

It was an ongoing part of the gig and I’d like to think I straddled the line with grace. I loved what I was doing. But in December 2011 I had a moment of clarity around all of these pre-conceived notions we have based on political affiliation.

At that time I wrote a column about NFL quarterback and devout Christian Tim Tebow lauding him for his authenticity. He is unabashedly Christian. He doesn’t lord it over others. He just lives it. How many of us do that? He was a polarizing figure at that point. Most of my mail response was positive, but I was particularly struck by an email from a reader applauding the piece and saying he was thankful for writers like me and networks like Fox. It gave me such pause because I realized I would have written the same exact piece for MSNBC. But would this reader have received it the same way under that banner? I’ll never know.

As I watched and read the tributes to the late Wallace, I marveled at what a difference it makes when the audience is focused on the work and not who the journalist voted for in the last election. That kind of thinking in no way connects to the top-notch training I had in college as a journalism major and it certainly doesn’t line up with what I was taught in my 15 years as a sports writer and columnist for mid-sized New Jersey newspapers in the 80s and 90s. In fact, the editor-in-chief of one of those papers told me that if I joined NOW I would never again write about a women’s issue for his newspaper. We had to be above reproach.

That was how I came up.

But here are the facts from the last few years: My Fox columns were re-posted to the Conservative Watch and Market Watch websites. I received Gun Alerts from NRA-related organizations in my Fox email box despite having never written anything on either side of the gun issue. My entire family is conservative. I have friends who are activists for liberal causes and friends who talked about leaving the country if Barack Obama was re-elected. As a life coach, I have a client from the South who wants to maximize the gifts the Holy Spirit has given her and a writer from the Northeast who reads tarot cards.

The diversity stretches me. Isn’t that what life is about, stretching ourselves in order to fulfill our potential and use the gifts we’ve been given? I am committed to that way of being in the world. Fox contributed to that by giving me the freedom to help others find their purpose through a very public forum.

What a fortuitous intersection of circumstances it is that led me there and here. Through my five years writing Game Plan for Fox Business I learned labels are for those lacking in nuance. Thoughtful dialogue and openness allow us to hover above the limiting ‘D’ and ‘R’ in a higher, lusciously gray place. I had the enormous challenge of finding common ground with other human beings whose political views were different from mine and I met it.

Think about the beauty in that. I did and I do. It has changed everything. 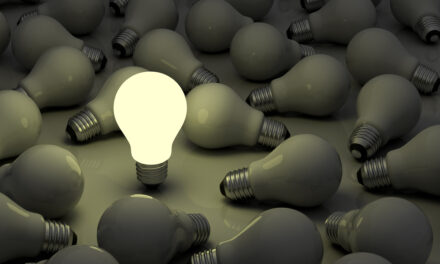