“You have to listen to This American Life,” my friend said. “It’s going to make you want to write about Barbara Jordan.”

Here I am. At the page. Writing.

First of all, how do you resist a segment called “Before Things Went to Hell” when every day in this country, at least if you pay attention to the news, feels more and more like a tangled ball of tension and wrath? It keeps tightening, even as some days there are glimmers of promise that we’re going to emerge better.

I know. I’m an optimist.

The topic is immigration and the focus of producer Miki Meek’s storytelling is a bipartisan immigration team in the 1990s chaired by Barbara Jordan, the former Democratic Congresswoman (actually the first Southern African-American woman elected to the House of Representatives). That commission determined, in a nutshell, that total immigration be cut by one-third to approximately 550,000 per year. From Wikipedia:

The commission supported increasing enforcement against illegal immigrants and their employers, eliminating visa preferences for siblings and adult children of U.S. citizens, and ending unskilled immigration except for refugees and nuclear families. The commission’s report to Congress said that it was “a right and responsibility of a democratic society to manage immigration so that it serves the national interest,” concluded that “legal immigration has strengthened and can continue to strengthen this country” and “decrie[d] hostility and discrimination against immigrants as antithetical to the traditions and interests of the country.”

OK. So in pulling back the lens in this fraught time, what do we learn?

It’s not so much that I’m trying to school anyone on the history of the immigration debate in America. It’s more that I’m trying to remind myself of what I already knew before I let my knowledge get mashed into the crush of vitriol and division known as our current discourse. We all want the same thing. Further, we have come together and we have hammered out real solutions. It’s worth remembering that.

Picture a time just over 20 years ago when Democrat Dianne Feinstein said, “Ladies and gentlemen, let me say to you what I, honest to God, believe the truth. If we cannot affect sound, just, and moderate controls, the people of America will rise to stop all immigration. I am as sure as that as I am that I’m standing here now.”

According to a New York Times story from June 1995, President Bill Clinton said the commission’s proposal “appears to reflect a balanced immigration policy that makes the most of our diversity while protecting the American work force so that we can better compete in the emerging global economy.” But Jordan died suddenly and without her leadership in the debate, opposition won out and even Clinton backed off his earlier endorsement.

Now, of course, the immigration issue has escalated as people fleeing oppressive and dangerous situations in their home countries are seeking a shot at having a life for themselves and their children. The United States seems divided into people who empathize with that and people who homogenize and/or demonize those who want to come here. We are where Feinstein said we would be.

So what would Jordan propose in 2019?

Susan Martin, the Donald G. Herzberg Professor Emerita in International Migration at Georgetown, penned a piece nearly a year ago for the Center for Migration Studies titled “Trump’s Misuse of Barbara Jordan’s Legacy on Immigration.”  It was Martin who chose Jordan to chair the 1990s commission, but at first Jordan resisted.

“The rhetoric was getting more racist, and starting to divide the country,” Meek says. “Jordan was alarmed by all that. She didn’t want immigrants to become scapegoats so she said yes.”

Imagine then what it was like for Martin when she heard the lead-up to President Trump’s State of the Union address last year.

“The White House intimated that Barbara Jordan would have supported the proposals to be championed by the President,” Martin writes. “The statement is a gross misstatement of Representative Jordan’s views.” She goes on to list four detailed ways this is true.

This is what happens now, right? A sort of cafeteria style way of forming our stances that sometimes distorts in the process.

Immersing in Meek’s broadcast and reading Martin’s 2018 piece had me re-evaluating and then digging deeper into my own stances on immigration. I fall into the empathetic category and I want us to be able to help as many people as possible while still maintaining the integrity of who we are. I want us to be welcoming, but sensible. Kind, but firm. Cages and walls don’t figure into my scenario.

It’s the demonizing of people that I cannot handle. And this from Jordan, cited in Meek’s broadcast: “We strongly denounce … the hostility which seems to be developing around immigrants. That is not healthy when we seek to blame immigrants for all of our social ills. We cannot sustain ourselves as a nation if we condone divisiveness in this society of immigrants.” 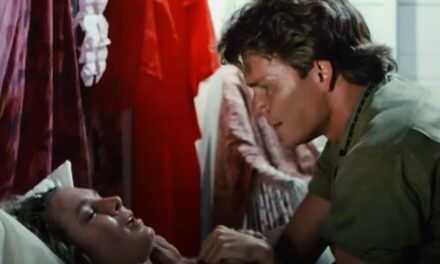