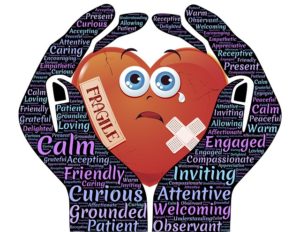 The other day I was on the PATH train between Newport and Grove Street, roughly a five-minute ride for those not familiar. A young man came into the car, said he was from North Carolina and struggling to feed his family, so he’d decided to share the gift God gave him, his voice.

He proceeded to sing a Christian song. Absorbed in my own thoughts en route to a teaching gig, I barely looked up, but his rendition was lovely. When he was done, he bowed his head and said in prayer, “Dear Lord, I know I’m not the only one on this train who is feeling fragile …”

It touched me to my soul. I kept thinking about it as I disembarked at my stop. The day before I’d seen a homeless man huddled in a doorway in New York City, said hello to a man by my grocery store who often spends the night in the tight little vestibule of my apartment building in Hoboken, the day before that listened to a friend whose college assault experience had come back with force in the swirl around the Supreme Court hearing.

We’re fragile, all right. We, as a people.

It seems the booming economy we keep hearing about is helping a lot of our citizens. I just don’t know any of them. Maybe it will take time? What is palpable is the persistent ripple of rawness around the topic of sexual assault and harassment. Bouts of PTSD that run the gamut from fleeting to severe. Pushback and sometimes flat-out hostility that exacerbates it. The manifestation of it in a professor and a potential Supreme Court justice meeting on the national stage while a comedian once considered a national treasure is carted off to prison in cuffs.

This brings me to God, Goddess, the Universe, Allah, Buddha, the Great Creator or whomever it is you think put you here and is engineering all of this. I am writing this as a reminder to myself mostly, a reminder that if I consistently believe the Universe has a hand in something I like, then I must remember that that also applies to things I don’t like. I respect atheism, but I am not an atheist, so I tend to look for meaning and order, a bigger divine picture, if you will. That’s not to suggest it’s always there.

Case in point. If God is responsible for putting Donald Trump in the office of the Presidency, as so many evangelicals have professed, then wasn’t it God who also brought Dr. Christine Blasey Ford into our lives at precisely this time? Is it the more practical view to say that the Russians put Trump in the White House as our intelligence agencies have told us? Or that Blasey Ford simply tried to anonymously do her civic duty and a host of things happened that exposed her?

If your spiritual lens on the world says things happen for a reason, perhaps to teach, perhaps to effect change that won’t be readily visible for a long time, then what logically follows? There is a spiritual principle that says, things don’t happen to us, they happen for us. The idea is that if we can see the wisdom in that even in trying times, we’ll enrich ourselves emotionally.

I find this to be extremely challenging in these times when religious people with last names like Falwell and Graham put their support behind Trump and even find ways to make Bible passages fit the narrative that he is some kind of divine answer. Am I any better if I think some form of angel swooped down and at least put a stay in our potentially handing over another branch of government to a dangerous, proven liar who doesn’t see women on a par with him?

What is the grand plan in this world view?

I’m trying to crystallize that for myself.

Unlike so many, I didn’t get pleasure from seeing our President laughed at on the global stage. It made me sad and perplexed. Nor did I get any satisfaction from seeing the look on Bill Cosby’s face as it dawned on him where he was going for the rest of his life. This isn’t about rising above, or what anyone did or didn’t deserve, so much as having a broken heart for all that is going on and thinking about fragility.

I’m happy the young man on the train included me in his prayer. It felt good. I don’t think I’m the only one who thought so because there was a palpable shift in energy on that train.

So ironic he was seeking money from us, but it was he who actually made us richer. 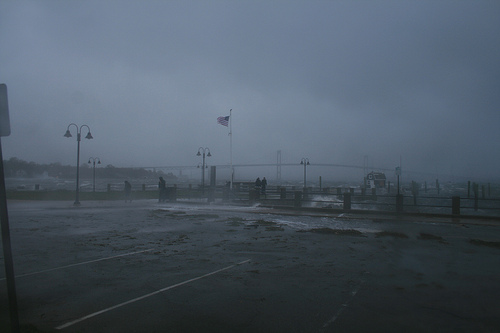